We are pleased to announce the release of the new BatExplorer software version 2.1 with lots of new functions and improvements.

If multiple species are detected in a recording, you can now split it into seperate files per species. For each detected species in the recording, a seperate copy of the file is created. Each of these copies contains only the calls of one species. Species suggestions are adjusted accordingly and tasks, filters and other tools also work for these copies. To further automate this step, create a “split” task.

Beside distinct species suggestions it is often easier to only classify on genus or group level because of limited distinguishability. The software now supports you with suitable genus suggestions. Of course this can also be used to further enhance your tasks. 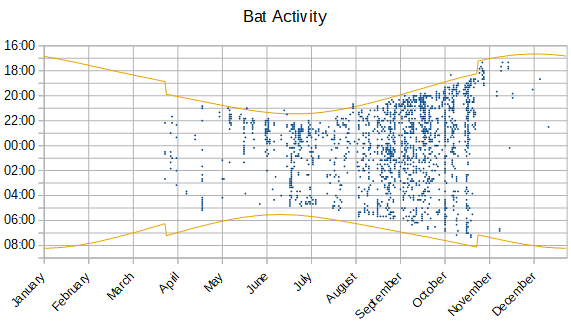 The activity export function is now able to prepare your data in order to create year activity diagrams. Add daylight times and group by night time for concise diagrams.

Get the new version now!